The Future of Working is a series by &us examining the policies, ideas, and concerns for the future of working, learning from those who’ve already started their journey. We’ll look at where we work, when we work together, and how we work, asking, what is a better future, and how might we get there?

Much has been made of the idea of the ‘new normal’ – the idea that we will all emerge from our homes, and step into a magically flexible model where everyone gets to work however suits them best.

Really, the ‘new normal’ doesn’t exist. In fact, ‘normal’, as a steady state, no longer exists. We’re in a constant state of transforming, becoming, and changing once again. What will set the most successful companies apart will be their ability to flex and adapt quickly.

This is essentially a question of how work happens. But in recent months, nothing has been more of a focal point than the topic of the office and where work happens. As if the stability of location will give us the platform to adapt to the future. But a look back in history shows us that even the concept of the office has always been in flux.

Since the early days of the office, the space we work in has evolved with emerging technology to adapt to the needs of the organisations that occupy it. The invention of lifts and electric lighting gave birth to skyscraping, and the typewriter to assembly lines of early white collar professionalism. Corner offices provided symbols of seniority, while cubicles compromised the desire for personal space with a growing office-based workforce. Eventually, structured physical environments gave way to open-plan floors, phone booths, beanbags, and foosball tables in the quest to harness sparks of creativity.

To varying degrees of success, each era has chased the elusive goal of infinite growth, walking a tightrope between productivity, efficiency, and humanity.

Where work happens has become a fixation. Though companies have flirted with remote work for years, it took the force of a global pandemic, combined with mature digital tools, to compel businesses the world over to make the virtual office a reality. Now, as the world begins to open up again, with a wider range of choices, employees and employers alike are considering what their new normal should look like.

But even as the space we work in has changed, the way we work largely hasn’t. When you look at organisational structures today, they are largely the same as they were 100 years ago–built with hierarchical structures, deep specialisation, fixed silos, and punitive cultures.

It’s this dissonance that puts us at an inflection point in how we think about the future of working. If we only design for where and when we work, but ignore the how, our productivity, efficiency, and humanity will always be at odds. But in-office, remote, or hybrid aren’t the distinct worlds that they first appear to be. When it comes to where work happens, there are as many policies as there are combinations of locations, each designed to capitalise on particular benefits, and mitigate particular challenges.

Emboldened by the last year and more of remote working, many companies are embracing a ‘work from anywhere’ option–whether the office, home, a co-working space, or anywhere around the world. It’s a popular option. Most people, when polled, aren’t keen to go back to the office full time, and companies are keenly exploring how they might broaden their talent pool by including more locations.

Spotify are looking at this model as “an opportunity to scrap the idea that big cities are the only places where meaningful work can happen because we know firsthand that isn’t true” (Travis Robinson, Spotify Head of Diversity). Employees agree with their manager and team where they will work, and budgets for co-working spaces are provided for those who don’t live near a Spotify office but would prefer not to work from home.

The recognition that remote working can be expensive, particularly if you live in a shared, cramped, noisy, or otherwise unsuitable space, has led more companies to offer stipends. Buffer, a software company, have been fully remote since long before the pandemic, and recognised that the cost of remote working can be a barrier, particularly in lower paid, or more junior roles. To mitigate this, they provide a comprehensive remote work support budget (including internet bills, technology costs, home office set up, coffee shop working, co-working costs) to ensure employees have everything they need to be as productive as possible, meaning lack of budget or space at home doesn’t exclude people from their talent pool.

Back to the office

The prospect of being fully remote has caused some companies to be concerned about the development of more junior employees, and the importance of physical interactions in the maintenance of client relationships. Many investment banks are expecting employees back in the office as soon as possible as remote working is not yet seen as a natural cultural fit by the senior staff of many of these organisations.

While Goldman Sachs CEO David Solomon, infamously called out remote working saying, “it’s not a new normal. It’s an aberration that we’re going to correct as soon as possible”, others, such as JP Morgan are cautiously trialling a handful of remote and hybrid roles alongside location-specific ones. However, hybrid working can introduce ambiguity and, without careful design, may cause as many problems as it solves.

Famously pro-office Apple recently put forward a structured approach to hybrid working. Where pre-pandemic the company had actively discouraged remote working, the new policy asked for employees to return to the office three days a week, to try to safeguard its culture and the bonds between teams.

While more flexible than its previous stance, this policy is far more rigid than many of Apple’s tech peers who are allowing employees to continue to be fully remote. Having moved ahead without consulting their people, the company faced a backlash from its employees over its new hybrid policy.

In a letter to Apple CEO Tim Cook, employees wrote “It feels like there is a disconnect between how the executive team thinks about remote / location-flexible work and the lived experiences of many of Apple’s employees.” and made a set of requests from the company:

While challenging for Apple, the letter provides an excellent set of considerations for companies setting their own hybrid policies, and a cautionary tale for those who don’t involve their people in the policy creation.

Of course, the office, remote, and splitting the difference aren’t the only options. Companies like Google are reimagining how their employees work and live by building ‘company towns’ complete with new residential housing, retail premises and other amenities. This isn’t new – Cadbury’s did similar, over 100 years ago, motivated by Quaker sensibilities and the pursuit of better living conditions. These new company towns are built on less altruistic beliefs. With employees dependent on the company in every aspect of their lives, it could create a problematic power imbalance that affects support and social structures, as well as blurring boundaries between home and work to a new level.

Other companies still are considering putting in place a greater number of smaller offices, based in communities where hubs of employees live–embracing the allure of local, while still enabling employees to collaborate in physical space.

Where do we go from here?

Technology has given us a greater range of choices than we have ever had before, but employers hadn’t always considered remote work to be amongst the viable choices. With the pandemic forcing many businesses into going remote at the same time, many of the typical barriers and challenges disappeared. The next choice we make will be harder, because each organisation will make that choice for themselves.

Taking location policy as the start of the conversation, rather than the whole conversation, means remote working and its variants offer forward-thinking organisations new opportunities to answer the question of how to get the best out of their workforce.

With so many possibilities available to us, organisations need to understand both the needs of their business as well as their employees to define a location policy that is sustainable, productive, and that leads them to the future of working they want.
In the next article in this Future of Working series, we take a more in depth look at hybrid work, and the lessons learned from those who’ve been living it. 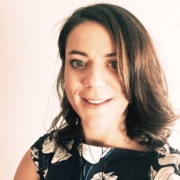 One of &us: Lisa Tilley, Coaching Lead 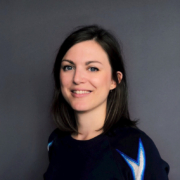 One of &us: Annabelle Régent, Senior Designer 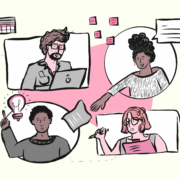 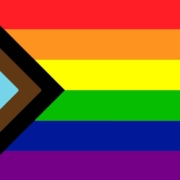 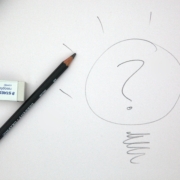 How to make your purpose more than a Zoom background 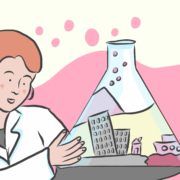 Experimenting with the world of work 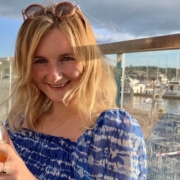 One of &us: Felicity Walsh, Product Strategist 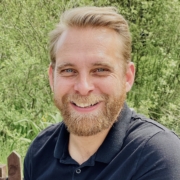 One of &us: Paul Archbold, Co-Founder
Make changes before waving a rainbow flag

One of &us: Lisa Tilley, Coaching Lead
Scroll to top